“Diamonds are girl’s best friend” is a jazz song that was sung by many people. One of two most famous cover versions are performed by Marilyn Monroe in the 1953. Why is this song so popular in Hollywood? maybe it is because this song has spoken part of the truth.

It is hard for a woman to resist the temptation of diamonds even though she knows diamonds are only, in fact, a pile of stones.

The Hope Diamond is one of the most famous jewels in the world.  It is a dark grayish blue diamond, crafted into a cushion brilliant cut, was originally 112 ct. before being cut to its present weight of 45.52 ct. However, the Hope Diamond is said to carry a curse for it brings misfortune and tragedy to persons who own it or wear it. One of its owners, Evelyn McLean believed none of these rumours, her life experience  states otherwise; after possession of the gem, her young son died in a car accident, her husband divorced her and died insane, and her daughter committed suicide. Later on, many people believe that this curse was created to enhance the stone’s mystery and appeal, since increased publicity usually raised the gem’s value and newsworthiness.

There are many famous brands for diamonds. First is The De Beers, which is an international corporation that specialists in diamond exploration, diamond mining, diamond retail.  Then Tiffany&Co and Cartier are two brands which we often heard about.

The lapel pins for diamonds, made by GS-JJ, a custom lapel pin maker. It is crafted by soft enamel  and dies struck with gold finish. Each of the enamel pin is individually packaged and GS-JJ can offer you different custom pins and the best service 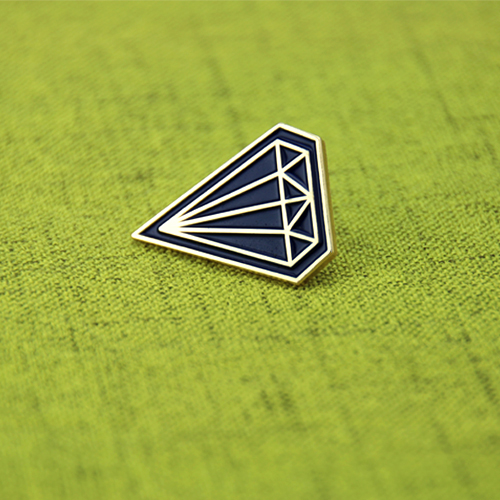 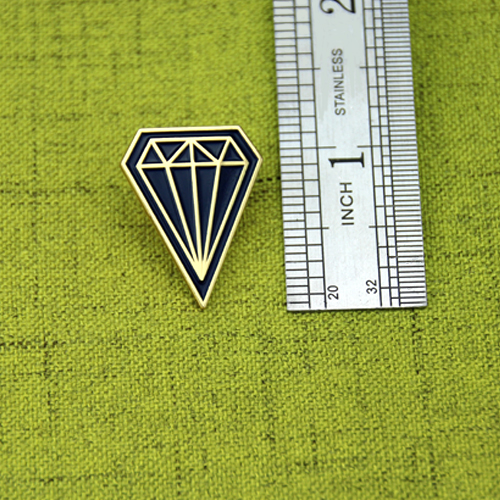 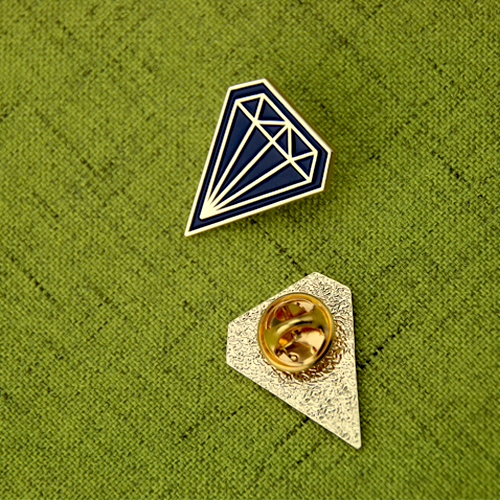