Like many people I knew the Snow White when I was still a little child. I enjoyed the story before, and now I appreciate the gifts of Snow White very much. The God is very fair, he taken something important away from Snow White, but also brought some good gifts which benefited her all his life.

It is well-known that Snow White is very, very beautiful. The God had given best looking to Snow White– her skin was white as snow, and lip was red as blood. At the same time, Snow Whited had perfect long hair and fine figure. Everyone who met Snow White would be attracted. That is why the evil new queen was so jealous for her. Also it is the best explanation for why the prince was deeply in love with Snow White at the first sight, even she was “dead” at that time.

The God had given Snow White the gift of Kindness. And she is always very kind to all people besides her, as well as all animals. When the evil queen sent a hunter to kill Snow White, she was not killed. Since the hunter was kindly treated by Snow White before, he did not have the heart to kill the kind-hearted girl. Later on she was well accepted by the seven dwarfs, and settled down in the forest where Snow White lived a happy life. 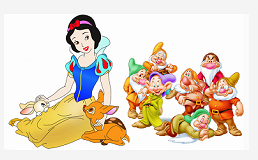 Precious friendship for Snow White is the third gift given by the God. When the evil queen came to knew that Snow White was still alive through her magic mirror, she decided to kill her by herself. At the beginning, she pretended to be an old woman selling wooden comb which in fact was poisonous. Snow White fell to the ground after using poisonous comb, and the queen left with satisfaction. When the seven dwarfs came back and saw what happened, they saving Snow White by removing the comb. Dwarfs told Snow White not to use anything from strangers after she recovered. That is the first time that dwarfs saved Snow White’s life. Then soon came the second time. But for the third time, things were not so easy. Seven dwarfs tried many ways to wake up Snow White, but all failed. They were going to send Snow White’s body away, and miracle happened —the poisonous apple came out from Snow White’s stomach because of the bumps on the way and she came to life again.

Even Snow White was lying there–not living, the prince still fell in love with her, and can’t help kiss her. In addition to this, the prince wanted to accompany Snow White for the last trip. Of course we all know the happy end: Snow White woke up and married the prince. From then on they lived a happy life forever, together with seven dwarfs. 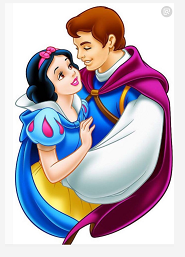 It is so wonderful to have good gifts. Through Snow White could not live in our life, but she also brought many fine gifts to our life. In memory of the Snow White, people make kinds of gifts regarding Snow White which satisfied the Snow White dream for kids. .

And there is one magical gift: Snow White Custom Patches.These magical Patches can be put on anything you like—hat, handbag, backpack, dress, coat, pants, shoes and so on.

Anyhow, I do hope you will like all the gifts above, as much as you love the Snow White.