My father has told us that when the world changes, do not intervene or change it.

The first time I saw Gail Gato on the screen, I thought it would be very wise for the director to let her play Wonder Woman. She had a beautiful face, but she was handsome. “Wonder Woman” is adapted from the DC cartoon that tells the story of Amazon Princess Diana Prince who acquired weapons and equipment from Olympians gods during World War I, incarnated as Wonder Woman, and came to the human world with Air Force Captain Steve Trevor to defend peace and save the world.

When the film was released, the word of mouth burst immediately. Many people said it was the best film by DC so far. So what was the movie like? First of all, from the story structure, Wonder Woman combines Greek mythology. The Princess herself is the child of Zeus and the Queen of Amazon and the villain is the other son of Zeus, Ares. This setting may be ordinary, but the background of the story extends to the First World War and combines Greek mythology with modern civilization which is interesting. 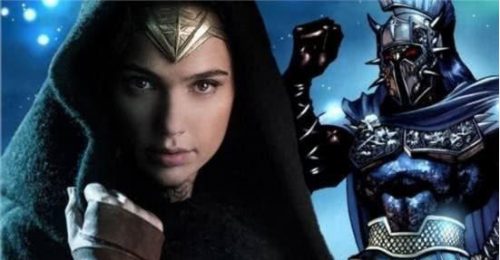 Besides, Wonder Woman can be moved. Not only is it obtained, but it is also the choice. The choice between lover and peace! This choice lies not only in Diana but also in leading man Steve. For the sake of peaceful sacrifice or to stay with loved ones, Steve resolutely gave his life in a moment of flint in the flash of electric light flint. And the incredible and painful look on Diana’s face when she saw Steve’s death deeply distressed the audience. Admittedly, the film is not only about love, but also about the strong emotions between Diana and Steve to express the cruelty of war and the hard-won peace. 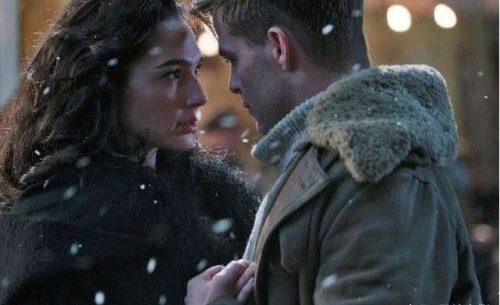 And personage setting, for those who are used to watching heroic movies such as DC and Marvel, it’s a comfortable experience to have a heroine like Wonder Woman. As a semi-goddess with superpower, Diana has beauty and wisdom, courage, and strength. More importantly, she has a heart of compassion for the world. She is fraternal, kind, compassionate, and full of responsibility. Such a person is so perfect that people can’t help wondering if there are such people in the world. But even if there is no such perfect person in the world, it must be right that such a person in the movie is often liked by the audience. Moreover, Diana is not a high goddess, but an approachable goddess. As a demigod, Diana has more human nature.

In addition to the bravery and excitement in the battle, Diana’s usual performance is more enjoyable, as if she were a simple little girl. Indeed, Diana, who grew up on the island from childhood, is straightforward and innocent. For example, when she try clothes who have high spirits and make jokes. For example, when she eats ice cream and sees the baby’s curiosity and love who is really very “cute”. Every scene is carefully depicted and every lens is carefully crafted that directly piercing the hearts of the audience. And to think that such a naive girl should be so handsome and decisive in battle, we can call it: ACGN. It is precisely this contrast that has sprouted and the character of the wonder woman is more and more full.

Because I love the image of the heroine in this movie too much, I have customized the custom lapel pins for the Wonder Woman in GS-JJ (The company’s custom lapel pins have no minimum order quantity and their service is very good, there are plans to customize several different styles of Wonder Woman enamel pins as a collection, hip-hop.). The design of superwoman image custom pins is lovely who just like the simple and lovely appearance of women. Ha-ha, did it come to you? 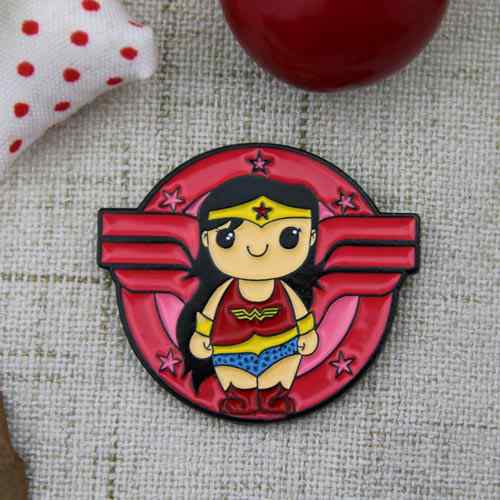 Note: Personally, I’m lazy. If you leave me a message, I may not reply. And I’m afraid that someone who likes pins as me will ask for specific customized links. Share the customized links of custom pins simply: https://www.gs-jj.com/lapel-pins/Custom-Lapel-Pins