Origami originated in China; then spread to Japan and from Japan to the worldwide. Origami just came from Japanese. The original plane paper was folded and changed from plane to two-dimensional or three-dimensional. We must be familiar with the origami game of our childhood time; it may be our innermost memories about game, we can fold the paper out of a myriad of patterns by our own hands. Today, origami is still popular among many people for its flexibility and interest. 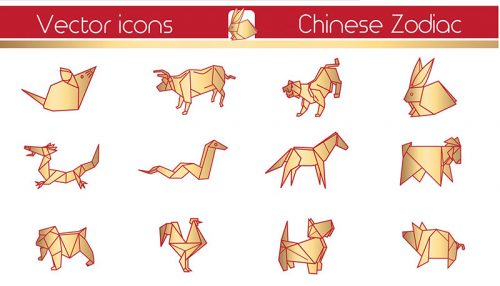 Origami has broad outline and a sense of rigidity, origami elements are mostly displayed in geometric form, its block and surface segmentation are clear with strong sense of volume. As a decorative method, its biggest characteristic is the strong sense of space, which can not only stretch the distance of space, but also enrich the sense of hierarchy of the creation. Many origami creations are three-dimensional or nearly. Designers are constantly incorporating the inspiration and elements of origami into product design. Let us appreciate these creations together!

Hugo and Teresa’s design was inspired by origami in life. At present, four animal shapes have been designed: penguin, parrot, owl and tortoise. They have a variety of colors and can be matched with different decorative styles. Each animal lamp’s style and position are all imitated the movements and standing postures of real animals. Turn on the lamp at night. The lifelike lamps will be a different and charming addition to your life. 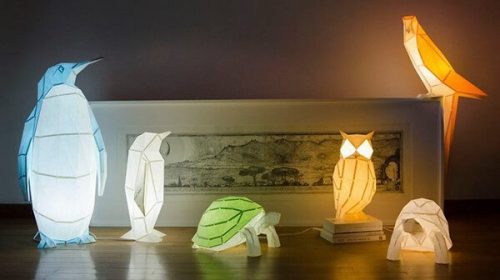 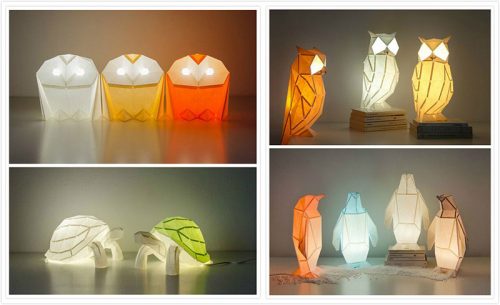 The design of this clock is inspired by origami. It consists of 24 triangles, eight pieces in a group with three different angles. It creates different green shadows and presents a virtual 3D effect, just like the real origami. 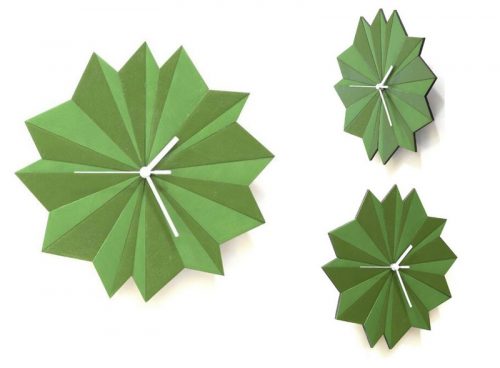 GS-JJ.com applies origami element into the design of Custom Pins. It also applies the soft enamel process with raised metal lines and recessed enamel color areas to produce these custom enamel pins. With the combination of the soft enamel process and origami element, it produced the result of 1+1>2. These lapel pins look very vivid with a strong sense of rigidity and hierarchy.

— Other Creations with Origami Elements 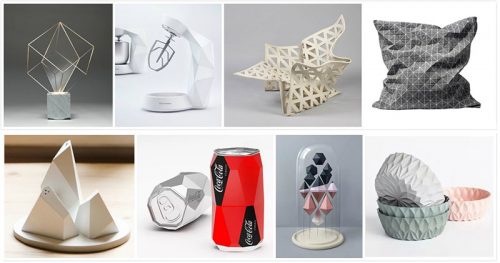 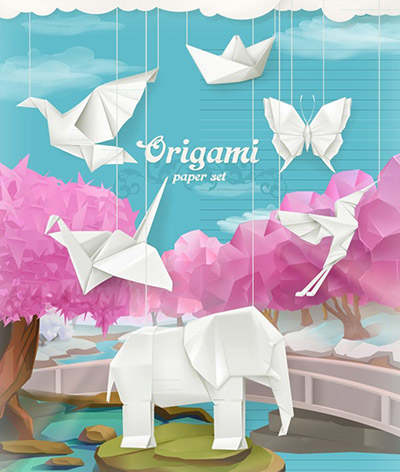 Origami is an ancient art form. Whatever field it is applied to, it will have its own unique language and style. It is a transformation from plane to two-dimensional and from two-dimensional to three-dimensional.

For people who like uniqueness, creations with origami elements are undoubtedly the perfect gifts. The similar structures can burst into bloom brilliantly in different design fields through different designer’s hands. The traditional crafts can be reborn through design and be applied to people’s daily life. That also may be one of the charms of design.

Modern origami is now not only an art, but also a new science: origami mathematics. It has been applied to the collection of solar panels for artificial satellites, airbags for automobiles, and even the structural design of the Hubble Space Telescope, those are partly thankful to the help of origami mathematics.