Nowadays more and more people get involved in running and who are sticking with it and wanting to run longer distances, moving to half marathons and eventually marathons race.

If you were running a marathon, you might tell some local friends about it, so proud. In my mind, people who have been joined in the Marathon Race are not a common person. They are the best with self-challenge and self-management abilities and excess of their limits and keep their body stay healthy. 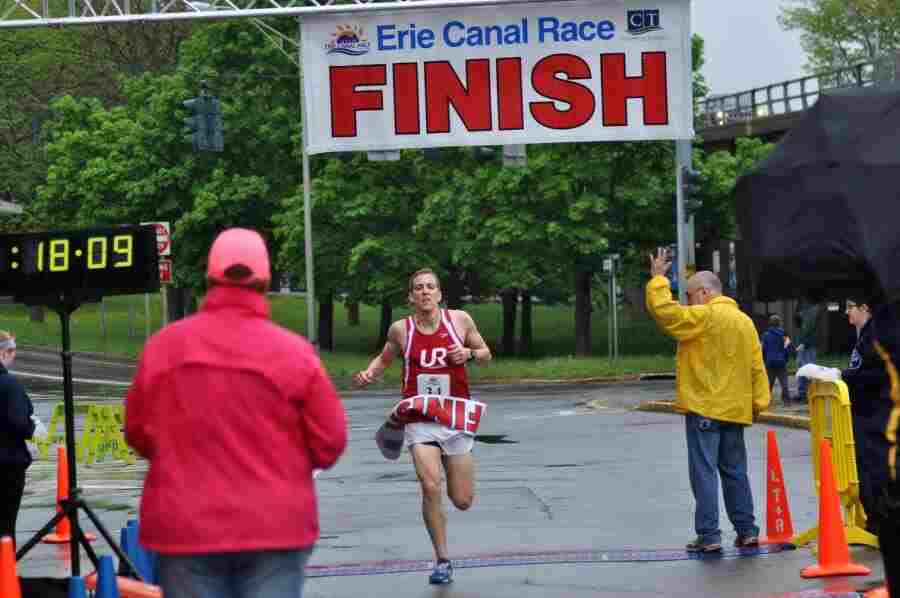 Marathon is the top level of running, long-distance race with an official distance of 42.195 kilometers (about 26.219 miles), usually run as a road race. However, now that they’ve added halves, 10K’s, 5K’s, kid’s runs, and family walks to the day’s events, the total number of participants become more and the popularity of Marathon than ever.

Today I find this antique Marathon medals while making up all the custom medals in stock. It’s designed in a unique semicircle shape, antique silver-plated, and filled with orange and dark-blue colors on the front side. So perfect award medals and gifts for the 2nd Place in the Erie Canal Half Marathon.

The Erie Canal Half Marathon started as The National Distance Running Hall of Fame Race and was established in 1999 by the Utica Roadrunners. In 2016, the race became the Erie Canal Half and shifted to celebrating Utica’s rich history by showing its oldest and most exciting neighborhood, as well as the Erie Canal, the engineering marvel that put Utica on the map! The event is organized by the Boilermaker Road Race, which also puts on the world-famous Boilermaker 15k in July.

Custom medals order on GS-JJ which is a professional custom-made medals supplier with rich experiences. The antique silver medal is the sample for the great event. 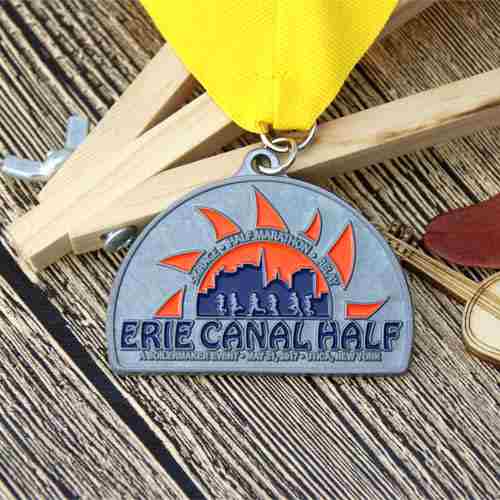