The most common 2-Dimensional PVC patch we are talking about often has two layers or more layers. If you look from the side view, you can see each of the layers are flat, it has no circular arc, no roundness or curvy feeling. 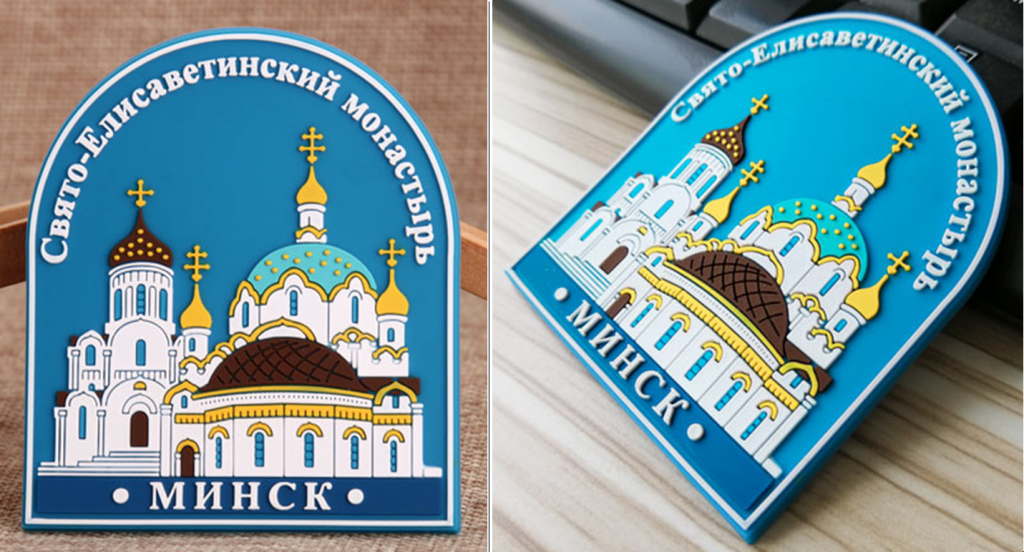 From this picture, we can see this PVC patch has about three layers and it is lumpiness. It looks like a combination of several pieces of PVC patches. All its layers are horizontal, no curvature, it is embossed 2D PVC Patches. We usually regards the background as the first layer, the layer on the first layer is called the second layer, and so on.

The bottom of the blue is the first layer, we often call it “base layer.” We often sew the Velcro backing on its backside according to customers’ requirement.

2D PVC patches’ each layer can be in the same horizontal plane or in a different plane level, just like a ladder. There are different high layers, but the surface of each layer is flat

From this PVC patches shown above, it just has only two layers, the background layer and the convex part layer. From the way shown on the layer, we can clearly see that the convex part is round and curved, more like the curvature of a real arm. The raised arms of this 3D PVC patches appear to be “engraved” in the blue layer, then add white color. The arm is linked together to the blue background. So the 3D touch is smooth and has no edges.

From this detailed picture we will know the difference between 2D PVC patches and 3D PVC patches. The 3D pattern is more rounded and more prominent than the 2D pattern.

GS-JJ Company can customize PVC patches according to customer’s requirements. GS-JJ Company is a PVC patches’ manufacturer with 20 years of experience. We aim to provide our customers with the highest quality products and the best service. Welcome customers to consult and place an order. Our contact information is: Website: www.gs-jj.com, Email: info@gs-jj.com, Telephone: 18888644755

What are the Differences between PVC and Silicone?

How to Make PVC Patches Online?

8
Give a good point