Baseball is generally considered to be a combination of cricket originated in England and a running circle game popular in the United States in the 19th century, but there are different opinions as to who invented it. It is more reliable to say that in 1839, Abner Doubleday, a later Civil War celebrity, was invented in Cooperstown, New York, where the American Baseball Hall of Fame is located.

The earliest recorded baseball rule was written by a New Yorker named Alexander J. Cartwright in 1845. Baseball became popular during the American Civil War (1861-1865). In 1869, the first professional baseball team, the Cincinnati Red Stockings, opened the history of professional baseball.

The Historical Change of MLB

█In 1871, the National Association of Professional Baseball Players was founded and became the first professional baseball league in history.

█At the end of the 19th century, there were several alliances opposed to the national alliance, but they were all very short-lived.

█In 1901, the League of Nations was reduced from 12 to 8 because of poor management. At that time, the American League (AL), which was opposed to the National League Chamber, was formed to absorb the released players. 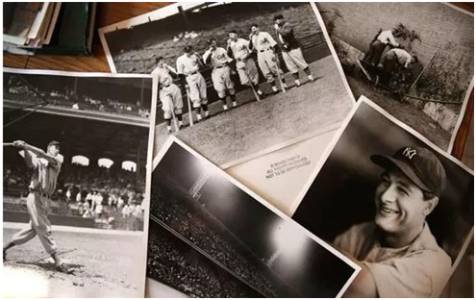 Known as “Iron Horse”, he is the first baseman of the New York Yankees.

In the early 20th century, baseball became popular in America. Because there were no planes, the teams of both leagues were concentrated in some big cities on the east coast of the United States, such as New York, Chicago, and so on. After a long season of the regular season (154 at that time), the high-achieving players of the two leagues were able to meet in October to win the annual championship in seven games and four wins in the World Series.

In the middle and early 20th century, MLB only allowed whites to compete. At that time, blacks had their own Negro League. Although many black players are highly skilled, due to racial barriers, there has been no team willing to hire black players. Until 1947, Brooklyn Dodgers took an important step in the history of professional sports in the United States, signing the first black athlete, Jackie Robinson. Robinson is a player with speed, strength, and wisdom. He conquered the audience in Brooklyn and even the whole country with his ability. His back number “42” has been listed as a retirement number by all MLB teams in memory of him forever. It was because of his appearance that the blacks began to enter the sports arena.

Since the mid-20th century, air traffic has developed and the economy has grown rapidly. Baseball has begun to spread to the west coast from the original concentration on the east coast. Quickly, San Francisco, Los Angeles, San Diego, and other West Bank metropolises have begun to own professional baseball teams. The regular season has also extended to 162 games. MLB divided the two leagues into East and West regions in 1969, and the playoff form was also transformed into a two-round system in which the two league champions won the League Championship Series in five games three wins (in 1985, changed for seven games four wins), and then the two league champions competed in the world championships.

In 1973, the U.S. Federation officially began to use the Designated Hitter (DH) system, which means that the pitcher does not need to go on the pitch, but is played by another designated player. This seemingly minor rule change completely changed the baseball style of the two leagues. The U.S. League began to move towards power baseball which focused on strong offense, while the national league which retained pitcher striking rules, continued to develop its small Ball which focused on assists and advances.

The two-round playoffs lasted until 1994, when MLB’s employers and employees failed to reach a consensus on wages, resulting in a player strike. Strikes shortened the seasons in 1994 and 1995 and canceled the playoffs in 1994. This incident has greatly reduced the number of MLB audiences, MLB has to make countermeasures. In 1995, MLB’s competition system changed again. Each League was divided into three zones: East, Central, and West. The champions of each zone could qualify for the playoffs. Among the teams that did not qualify for the playoffs in the leagues, Wild Card was the best team to win the playoffs, and also qualified for the playoffs. Thus, the playoffs have expanded from the original two rounds to three rounds: the first is the 5-3 victory division Series, where three division champions and a foreign card team play each other. No matter what their results, foreign card teams will meet the best performers of the other three teams without home-court advantage. If the foreign card team and the best performers belong to the same division, they will be the second-best team of the final. After each league eliminated two teams, the remaining two teams competed for the League championship; after the League Championship was decided, the two league champions competed in the world championship and finally decided the annual championship.

Nowadays, there are 30 MLB teams, including 14 in the United States League (5 in the East, 5 in the Central and 4 in the West), 16 in the National League (5 in the East, 6 in the Central and 5 in the West). There is no equal distribution because the teams of the two leagues do not usually fight each other, only occasionally in “cross-league” competitions held during May and June each year. The cross-league competition was introduced by MLB in 1997 to increase the number of spectators. Because many leagues are belonging to two leagues, but two teams belonging to the same city or county can not meet in the past regular season, such as the Yankees in New York and the Metropolis (League of Nations), the White Sox in Chicago (League of America) and the Little Bear (League of Nations), etc. The important part of this new competition system is Jean. These fellow City brothers have increased their attendance, which has been welcomed by fans.

Like other professional leagues, MLB also has an annual All-Star Game, where National League stars compete against American League stars. The home court is replaced annually between two league teams (i.e., it will not be held in the same league team’s home court for two consecutive years) in mid-July. Unlike the well-known NBA Star Game, each team has at least one player in the Star Game. In 2002, the two teams tied 7:7 to 11 innings and ended with a tie. As everyone familiar with MLB knows, the result of “draw” competition does not exist. The result of this star game naturally makes the fans extremely uncomfortable. It also begins to spread the saying that player Seguin does not play hard in the game. To restore the hearts of fans and increase the intensity of the competition, MLB has officially given the Star Game a formal “mission” since 2003: the winner of the Star Game will gain the home advantage of the year’s World Series, which also breaks the rule that the League of America and the League of Nations have taken turns to enjoy the home advantage of the World Series and the Star Game has indeed become more intensified.

The years 2019 is just beginning, fans are looking forward to a wonderful baseball game this year. Of course, where there are baseball games, there are baseball trading pins, because each game gives the meaning of these baseball trading pins, naturally the enamel pins collectors can not wait. GS-JJ can not only tell you the history of baseball but also provide customers and fans with custom trading pins they want. Enter: https://www.gs-jj.com/trading-pins/Custom-Baseball-Trading-Pins to enjoy the benefits of GS-JJ.