Lapel pin the little thing which likes a stamp, each carries a unique label that may represent an era, a culture, a story, or a curiosity that frames the good and the story.

The rise of super Psionic creatures

In the long course of history and culture, mankind has interesting in mysticism and has studying and exploring it. But the research and exploration of only a small number of people, that can not satisfy people’s curiosity about these supernatural phenomena and creatures. Therefore, the appearance of such TV series and movies is a kind of satisfaction to people’s curiosity as well as a way of relaxation.

The series and films from the mummies, twilight, vampire diaries, eastern witch and witch season are all about supernatural creatures that are vampires, mummies and witches for theme. Many people not only like such TV series and movies, but are also fascinated by these supernatural creatures. What kind of magic does it have? Take vampires, mummies and witches as examples of some of the most popular creatures, and look to their mysterious origins.

The image of vampires on Halloween should be one of the most evocative. they have long pointed tusks, pale skin, and red eyes when angry.

It is said that vampires are descendants of noble European royalty. The first ancestor of the vampire was Cain. Originally, Britain’s Duke of Herbert iii was the first vampire. He was baptized by the moon and promoted to a noble vampire in the process of looking at the moon. Peoples believe that the vampire is the descendant of Cain, the son of Adam and eve Cain, because killed brother, was punished by God, became the first generation of vampires. 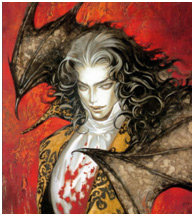 Witch, this horrible name appears in all kinds of myths and legends, no matter when, where, or what cultural background, she can always be found. Witches represent the dark side of women who controlling forces that cannot be harnessed.

When it comes to witches, images come to mind of old ugly women with hooked noses. They gathered around a cauldron, stirring green poison and preparing to spread misery to millions. But the truth is quite different. Historically, witches were mostly healers.

The origins of witches can be traced back to the origins of human beings that are the product of human who attempts to fight against natural and man-made disasters. In the early days of human civilization, witches were born to serve the goddess and were widely respected.

Ancient civilizations in the Middle East not only honored goddesses, but the most sacred rituals were generally performed by women. These priestesses, known as wise women, may now be the earliest witches.

When the ancient indo-European migrated to the west, a culture of martial valor arose that is the male god of war prevailing over the female gods.

The Hebrews settled in Canaan in 1300 b.c., believing in male-centered and monotheistic Judaism and following the bible teachings and therefore seeing them as unknown and forbidding and dangerous heresies from witchcraft. 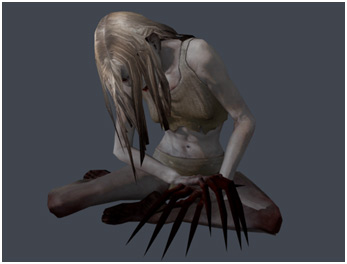 In ancient Egypt, such a touching myth and legend spread. Once upon a time, Osiris, the son of the Jigami Seb was a mighty Egyptian king. He taught people to engage in agricultural production, such as farming, bread making, winemaking, and mining that bringing people happiness. Therefore, people worshipped him as the god of the Nile. Peoples believing that their lives were given by Osiris. He had a brother Seth who was deliberately unkind and conspired to kill him and take the throne.

One day, sett invited his brother to dinner with a lot of companies. At dinner, Seth pointed to a beautiful big box and said, “whoever can lie in this box, give it to whom.” Osiris egged on by the crowd to try. But as soon as he lay inside, Seth shut the box, locked it, and threw him into the Nile.

After the murder of Osiris, his wife Isis searched for the body and found it. Unexpectedly, the matter was known to Seth. He stole the body again in the middle of the night, cut it into 48 pieces, and threw it in different places. ISIS found fragments of Osiris’ body in various places and buried them there.

Later, Horace, the posthumous son of Osiris was born and he was brave from an early age. When he became a man, he defeated Seth who succeeded to the throne of the world. He dug up pieces of his father’s body and pieced them together to make “mummified” mummies. And with the help of god he raised up his father. 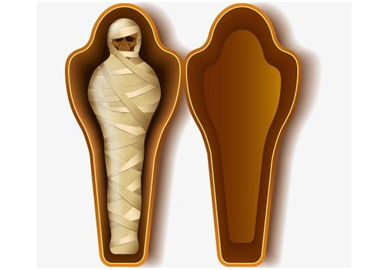 Does each of the stories above carry a kind of mystery? Maybe you want to know more? It is also out of curiosity, through people’s own imagination that became a mysterious and wonderful story. That’s where the culture of these supernatural beings comes in.

Influenced by the “Halloween” culture, people began to regard the images of these supernatural creatures as a unique form of entertainment and even regarded them as fashion. In terms of product design, GS-JJ designers flexibly used the weird elements to design some unconventional and novel shapes custom lapel pins. Below these grotesque elements, funny custom pins are GS-JJ designers to bring you. If you like more hardcore custom lapel pins, you can enter: https://www.gs-jj.com/lapel-pins/Custom-Lapel-Pins, and the click customization system to order.