GS-JJ is a custom enamel pin manufacturer with more than 20 years of experience. One of the most commonly used custom elements or source materials is ice cream. That shows that our customers like the ice cream elements very much. There-in-after, you will check out a variety of custom-made ice cream Lapel Pins.

Why is ice cream so popular with our customers? Let’s get to know the reason along with its hundred-year history.

We always feel tedious in hot summer. Although it’s nearly September, the high temperature is still reluctant to leave, it is still hot and sweaty during the daytime. At this time, if we can have a bite of ice cream, we will feel extremely refreshing, our tongue and ice cream met together, the delicate smooth taste was really refreshing and amazing. 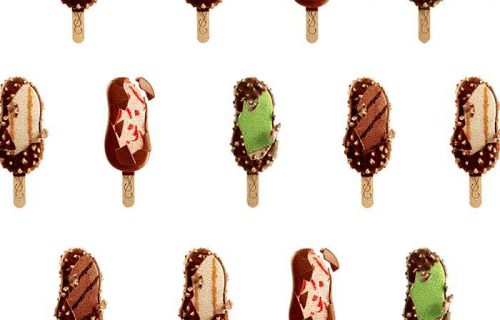 Who hasn’t eaten the ice cream?

The history of Ice cream is only a few hundred years, and the real popularity of ice cream has appeared in the recent past century. But what has happened in these short centuries? Why is it a global food craze? Where does its charm come from? Which kind of ice cream do we eat now?

-The Birth of the First Generation Ice Cream

The ice cream was originally created not as a mixture of sugar, eggs, milk, and cheese we see today, but as a frozen dessert made from goat milk or fermented milk. The earliest record of this kind of food was the Royal dessert in the Tang Dynasty of China.

The record of ice cream in Europe is much later. Before the appearance of ice cream, European nobles had a record of drinking frozen drinks. Only Italians and French could master the techniques of frozen drinks. By the 17th century, in Italy, flavorings such as sugar, strawberries, and lemons were first reprocessed with ice or snow to produce frozen desserts. This was the prototype of modern Sorbetto.

It was on this basis that the first generation of ice cream emerged: at the end of the sixteenth century, a gourmet named Antonio Latini, firstly added water and sugar into milk juice, put in preserves, and lemons and frozen them in cold snow salt, it is much like the ice-lolly we make at home now.

-The Ice Cream is Luxury before the Nineteenth Century.

There is no doubt that Italians and French are the cradles of frozen desserts. Until the 18th century, Italians continued to innovate in the making of ice cream, but the French were even the leader in the trend. In France, the names of ice cream included fromages glacés, crème glace, neiges, and mousses. The French nobles were all following suit. Not only the ice was hard to get, but also the sugar and spices were expensive so that it is very expensive to make ice cream.

Before the nineteenth century, ice cream was a luxury consumed by royalty and aristocracy, because it was a huge and arduous task to learn how to preserve ice before it could actually be manufactured.

-As the Emergence of Its Industrialization, Ice Cream Turned from Expensive to Popular.

Europeans entered the new world, and ice cream technology went to America. Nancy Johnson of Philadelphia invented a brand-new ice cream making the machine and registered it. This machine can greatly improve the speed of mixing ice cream mixtures and has opened the era of mass production of ice cream since then.

In Britain, ice cream machines appeared almost at the same time, but it was not until the last stage of the early 20th century that ice cream was produced on a large scale. The Americans and Britons are both the founders of the modern industry. What were the skilled Europeans doing now? Their ice cream makers were still producing on a small scale, following the pattern passed from generation to generation.

-The Golden Era of Ice Cream: During the American Civil War

The Americans not only opened the chapter of industrialized ice cream production but also opened another real ice cream golden era during the American Civil War. This golden era was the invention of a cold drink cabinet; then the United States became the ice-cream kingdom. As the founder of modern ice cream, Italians lacked sufficient technology and equipment to lead the commercial trend.

In this era, “ice cream cone” and “Popsicle” were also born. Ice cream cones first appeared at the 1904 Missouri World Exposition. The real patent application was made by Italo Marchiony in 1903. Harry B. Burt Jr., a small Ohio producer, inserted a stick into a chocolate ice block so that the ice cream would not stick to his hand when it melted, patented it in 1923, and named an ice-lolly. Ice-lolly also evolved in many forms, the name is also different. Nowadays, “Popsicle” is the brand of Unilever.

With the Rapid Development of the Market, Standardized Ice Cream Ingredients Appeared.

With the growing market for ice cream, in order to better expand the market, capitalists need to find an additive that can not only keep the smooth taste but also prevent the ice crystals. The ice cream emulsifiers and stabilizers emerged. These manufacturers had made a significant change to the ice cream solution.

The standardization ice cream ingredients appeared: skimmed milk powder, skimmed milk or whole milk; sucrose, or various sugars; artificial flavors, emulsifiers, stabilizers, and the manufacturers added air to ice cream. That meant the same volume of air was added into the ice cream solution. It could directly reduce the price of ice cream and extend the shelf life.

Meanwhile, two top ice cream chains have emerged in the U.S.: Baskin-Robbins and Haagen-Dazs, which have successfully penetrated into the European market for the full, powerful, and mellow taste of their ice cream. Briton, French, and Italians are staunch supporters of traditional ice cream, boycotting supermarket ice-cream. Despite the impact of globalization, Europeans are still falling in love with the hand-made ice cream made by the dessert chef.

Above is the introduction of the development history of ice cream.

As the dessert that makes you refreshing, ice cream has been loved by the public for the recent past century. Now you already knew the reasons that our customers use the ice cream elements to create their most-loved design enamel pins. Are you fond of these delicate and sweet ice cream Custom Lapel Pins in the article? Echocardiography as actions, come and take them home! Now! And if you would like to create your own one, don’t hesitate, contact us!