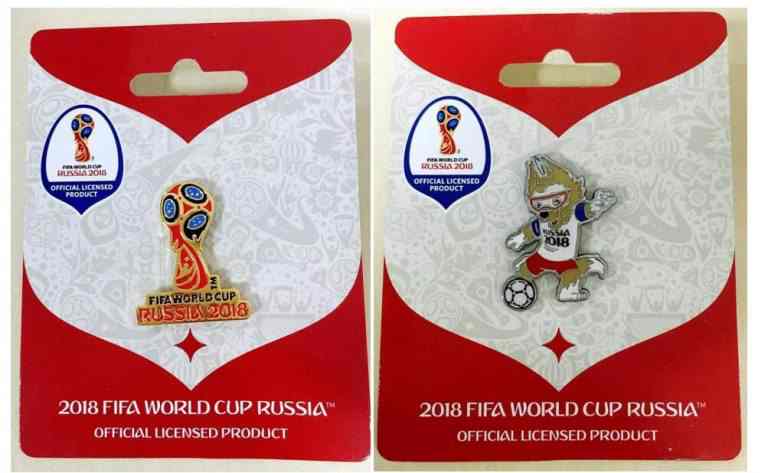 Today we are not here to talk about the fierce competition of the World Cup, let’s take a look at the Lapel Pins of the World Cup. This edition of Brazil 2014 World Cup 32 strong badge was bought online four years ago, looks very spectacular, in fact, this kind of pins is very cheap, has certain collection significance. 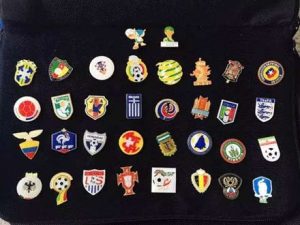 Below we pick a few zoom in, today’s badge is the second, mainly to see the team custom pins ~

Brazil is the emperor of the football world, and so far it is still the only country that has won the World Cup five times. The emblem of Brazil’s team is mainly yellow, green, and blue on the national flag, with shield and cross as the frame of the composition. CBF is the abbreviation of the Brazilian Football Confederation. The most dazzling are the five stars that symbolize the status of the football kingdom.

The defending champion Germany is still Samsung in 2014. After winning the championship in Brazil, the logo has been upgraded to four stars. Germany has won the World Cup finals eight times in its history and won the championship four times, second only to Brazil. German team’s excellent performance depends on the rigorous character of the German nation, focusing on the overall play, strict tactics and discipline, as well as the national football system to cultivate a continuous stream of new forces.

Argentina is another football star on the South American mainland. Because of Messi’s existence, it has become my most supportive team. The two World Cup winners in Argentina’s history were led by Maradona, so Messi is one FIFA World Cup Trophy away from becoming soccer’s king.

France won the championship at the 1998 World Cup in France. In the past two years, it is said that France has reserved a lot of fresh strength. Even stars like Ribery and Benzema have not been selected as strong competitors in this World Cup.

The Gallic cock is the eternal symbol of France. Wherever it goes, it has a very high degree of recognition.

The Three Lions Regiment of the British Empire has always had many topics in the World Cup, but it has only won one World Cup champion. It has done nothing in the past 50 years. It is really a shame to the reputation of the birthplace of modern football.

Spain is also one of my favorite teams. Their exquisite control and cooperation and elegant foot technology are pleasant to watch. They have won the European Cup for six years and the World Cup. Latin American teams, such as Spain, Portugal, Brazil, and Argentina, often shine in the world in the era of great masters. Once the masters leave, their achievements often drop dramatically.

Portugal can be said to be one of the worst economies in southern Europe, but this small country, football strength can not be underestimated. Just two years ago, they just won the European Cup championship.

Italian football has a glorious historical tradition. However, in this World Cup, they were not possessed by the soul. Not even qualified for the finals, and was eliminated early.

Compared with two Mediterranean neighbors, Spain and Portugal, the design of the Italian team logo is simple and straightforward.

The Netherlands national team is called the uncrowned king. It used to be a pleasant full-attack and full-defense method and won the second place in world competitions many times. But this year, like Italy and China, they went home early.

In my mind, the design of the Dutch team emblem is absolutely the most brilliant of all the above, and the concept of simple graphic design is very advanced.

By the way, I have introduced so many badges. And I don’t know which football team do you like best? Do you want the custom enamel pins of your favorite team? So you can try to buy online, if there is no online hosting you want, quietly tells you a way to get them, please log on to the GS-JJ.COM, here is absolutely any lapel pins you want.