The distinction between sheep and goats is a metaphor that Jesus used to illustrate his return in the Olivet Discourse or is called the “The Judgment of the Nations”, which is recorded in section 31-46 of the twenty-fifth chapter of Matthew. In this metaphor, Jesus divides believers into two parts, one is sheep that can be saved, the other is goats that cannot be saved, and the person who does not believe in Christianity is not included.

The sheep can be saved not because they abide by the truth and don’t commit a crime punishable by death but because they are able to obey the new order of God – love each other with the love of Jesus, not only to the people who love themselves, and to the poor and hungry, thirsty, no clothes, no place to live, or to be in trouble, persecuted and ill. Although the goats obey the law of God, they don’t violate the Ten Commandments, but they may only love the people who love them and do not use the love of Jesus to love the impoverished souls in the tribulations; therefore they violated the most important order given by Jesus – love each other.

Till you read here, do you really know the concrete difference between them?

Next, follow me to have a brief understanding of their differences.

1. Sheep and goats do not like to live in a low-temperature environment. They love the cleanliness of water, grass, and utensils. But goats like the environment with more dryness and less dampness than sheep, so goats need to build their beds in the humid area. 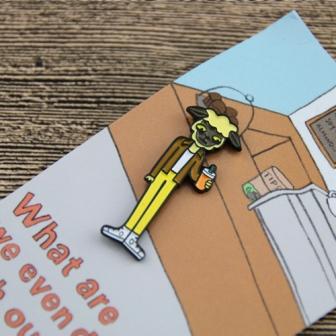 2. Sheep have a plump body, white, soft and dense body hairs. Their heads are short. The male sheep have spiral-shaped horns. The female sheep have no horns or only small horns. The tips of their mouths are thin and flexible which are suitable for eating short pastures, and can also forage coarse & hard stalks and branches. Their tail shapes are different, such as a long thin tail, broad tail, short tail, fat tail.

Goats have thin body, long head, short neck, angle with the shape of three prism curve, curved like a sickle, body hairs are generally coarse and short, hair color is mostly white, also black, cyan, brown or variegated. Goats have whiskers under their jaws and the tails are snubby.

Goats will not grassed that they smell bad or had been trampled over even they are very hungry. The varieties of grass that the goats forage are more than sheep, especially for the tender branches of shrubs, and the shapes and body hairs of goats are more conducive to grazing in the shrubbery. 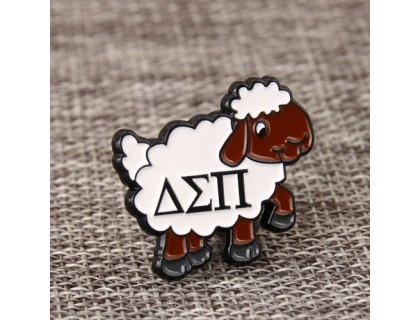 3. Sheep are temperate and timid, but goats are more active and more daring; goats can often be used as sheep leaders. Both sheep and goats have the strong herding instinct, but sheep have stronger herding instinct than goats, and sheep always take group actions no matter what environments are. Therefore, the shepherd often trains several “bellwethers” to take the lead. Then sheep are led by their shepherd. A shepherd is led by his bellwether-goat.

Sheep follow and trust the voice of the shepherd to lead them to water, food, and safety. If they wander, then the shepherd will seek and rescue them and take them to the safe place. If sheep are separated from the shepherd and flock, they will feel nervous and fragile because they don’t have survival abilities of offensive or defensive. However, a goat won’t follow anyone. A bellwether-goat can go anywhere it wants, followed behind his shepherd. Goats “browse” instead of grazing—foraging for anything they like. 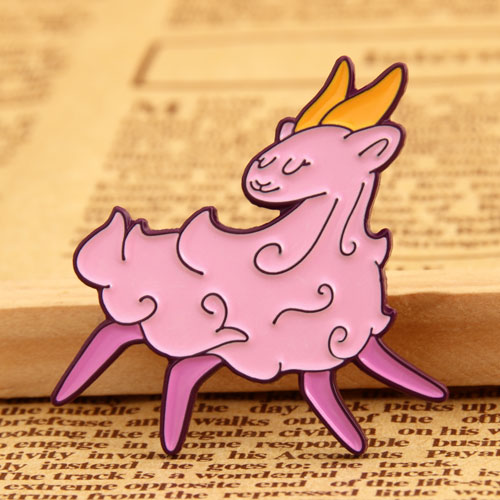 So now you already have a brief understanding of their differences, if you are allowing yourselves to be led, being sensitive to following the path of your shepherd and the order of God, you may be one of the sheep. Then if you are capricious ongoing your own way, don’t follow the path of your shepherd, and violate the order of God, then you may be one of the goats. What do you think? Are you mostly belong to sheep or mostly belong to goats?

Do you like those Sheep and Goats custom lapel pins? If you answer is yes, welcome to visit our website (www.gs-jj.com) to buy them.