Do you want to buy custom medals with a competitive price and high quality? Do you still worry about the delivery time? Do you care about how to choose custom medals? Come to GS-JJ, and you will find all answers. What you should do is click now, order now and buy now!

GS-JJ has a good reputation in producing custom medals no minimum. We all know that medals have three uses. One is to award. The second is to commemorate. The third is to decorate(less). Now, each custom medals will be introduced as follows.

Army medals are one of the military medals and are awarded to heroism in the army. Army medals issued by the US. the army is intended to foster mission accomplishment by selecting excellence of military members of the force and encouraging them to high levels of performance and service.

US Navy Medals are Military Awards and Decorations which recognize a Sailor’s or Navy Veteran’s service and personal accomplishments while a member of the United States Navy. Active service members and veterans can both receive Navy Medals for exceptional heroism, bravery, and courage. This is our first part, do you want to be the first man to design?

Air force medals are issued by the Department of the Air Force to Air Force service members and members of other military branches serving under Air Force commands. US Air Force Medals are Military Awards and Decorations which recognize an Airman’s or Air Force Veteran’s service and personal accomplishments while a member of the United States Air Force.

Service medals, known as campaign medals, are an award to individuals who have met specific service needs in a trustworthy manner or who took part in designated expeditions, campaigns, and wars.

Fiesta medals are to celebrate in the festival besides the good food, drinks, concert or else. Fiesta medals were depicted some beautiful and unique patterns. These medals can be used in fiesta competitions and also be regarded as a souvenir.

A religious medal is cast either in an oval or round shape and made up of metallic, depicting the image of our Lord, the Blessed Mother, or another saint. Religious Medals, known as devotional medals, are a kind of metal that believers carry or wear to remember the lives of the saints or as an eternal reminder of the love of God.

To commemorate holy places, particular saints, or historical events, Catholics first popularized the tradition by wearing religious devotional medals many centuries ago. Catholic medals are a wonderful way to commemorate your faith and to carry a symbol of God’s love for you.

In the past, to commemorate the U.S. Constitution, liberty medal was established in 1988. Nowadays, liberty medals are awarded to those brave people who have strived for freedom in the world.

Race medals are used in a variety of activities, events, races, and competitions. It is confined to sports competitions and extends to all kinds of fields.

Running medals are awarded to those athletics who got the prize in the competition. Running medals can bring extra excitement and glitter to your event. Marathon medals, 5K medals, 10K medals, and Triathlon Medals are included.

motivate players to try their best to win the competition.

Sports medals seem to be award medals. It also has lots of fields. For example, powerlifting medals, wrestling medals, basketball medals, swimming medals, and so on. Sports award was established in Chicago and then applied to the world.

Graduation Medals are most commonly used to those graduating students for celebrating their graduation. The Graduation Medals recognize the “scholar-citizens” whose social awareness and academic expertise are integrated into away.

There are kinds of custom medals for you to select! If you want to know more information, click here: https://www.gs-jj.com/medals/Custom-Medals. You will see all columns of medals. 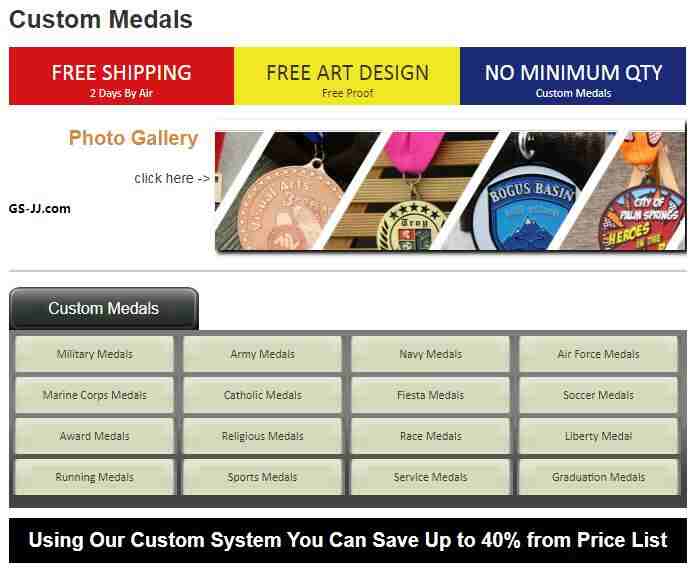 Of course, GS-JJ has some crafts technology. Let’s see it.

At first sight, these medals are retro. It includes brass, copper, black nickel, and so on, which gives people a majesty.

When you touch them, you will have a concave-convex feeling. Custom soft enamel medals give people a lively sense.

Cloisonné Medals provides an outstanding quality finished and a much broader range of colors to chose from. When you touch them, they touch a very little smooth.

Sandblast medals will give you friction feeling with a brilliant polished raised and matte textured recessed areas. 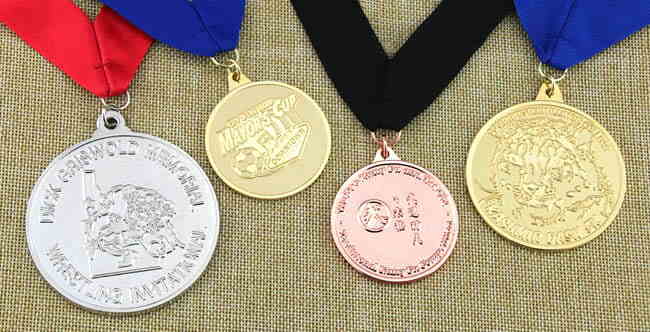 Stock-shaped insert medals insert two texture. One is sandblasted, the other is gelatin.

Now, you must understand all information about medals. If you have any other questions, don’t hesitate. You can contact our customer service or email at Info@gs-jj.com. GS-JJ will help you on how to order custom medals kindly. If you like them, don’t miss them!